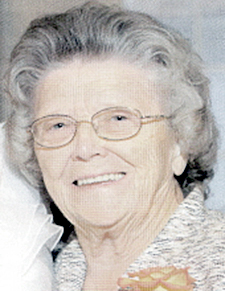 Mrs. Joyce Jones, a homemaker of the Russell Hill Community, died peacefully at 11:55 a.m. Friday morning January 29, 2021 at the age of 87 at the Riverview Regional Medical Center in Carthage where she was admitted January 6th following a long period of declining health suffering from Myeloid Leukemia.

She was united in marriage on May 21, 1948 to Russell Hill Community native Charles William Jones.

Mr. and Mrs. Jones were preceded in death by their daughter-in-law, Vivian Lynn Sloan Jones who did January 3, 2021 at the age of 65 following a twenty three battle with cancer.

Since May of 2017 Mr. and Mrs. Jones had made their home at the Pavilion in South Carthage when Mrs. Jones health began declining.

She was a faithful pastor’s wife being supportive of Eld. Jones pastorates and traveling with him to the many revivals he conducted.