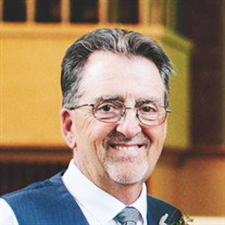 Mr. Conger was born on July 6, 1951 in Clarksville, TN, son of the late Maurice M. Conger and Peggy Summers Conger. He was preceded in death by his Son; Cameron Ray Conger. Mr. Conger married Vicki McKinney on July 5, 1985. He was a graduate of W.T. Thomas High School in Cumberland City, TN. Mr. Conger subsequently carried out careers as both a Construction Superintendent (TVA, Raytheon Engineers and Constructors) and home- remodel expert that helped to solidify an already well-defined legacy as an extremely diligent, hard-working man. He was also a member of the King Solomon Masonic Lodge #6 F&AM and First Baptist Church Gallatin, TN.Mr. Conger is survived by Wife of 35 years, Vicki Conger, who was always his biggest supporter, and his sons, Christopher Lynn (Delana) and Matthew Tyler (Dr. Adrienne), who both followed in his footsteps professionally. He leaves behind his grandchildren, Avery Conger, Bryce Conger, and Elliot Conger, who lovingly referred to him as “Doo-Daddy.” Additionally, he is survived by his sister; Nelda (Dr. William) Russo of Memphis, TN. Mother-in-Law; June McKinney of Gordonsville, TN. Brother-in-Law; Sam (Michelle) McKinney. Sisters-in-Law; Peggy (Randy) Kinnard and Kimberly (Charles) Hicks. Throughout his life, his most evident priority was his willingness to consistently give the best of himself to his family.Graveside Services and Interment for Mr. Conger are scheduled to be conducted at the Gordonsville Cemetery on Friday February 12, 2021 at 2PM with Charles Hicks and Bro Ray Gilder officiating.
Graveside Masonic Services will be conducted just prior to the graveside service.Family and friends will gather at the Gordonsville Cemetery.