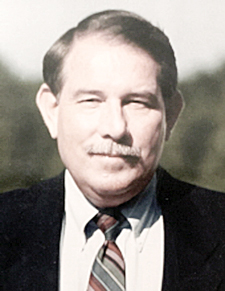 A longtime Smith County Commissioner and a Southern Gentleman has died at the age of 82 from complications of pneumonia.

Mr. Earl North, of the Flatrock Community, died peacefully with his family at his bedside at 9:05 p.m. E.S.T. Thursday evening February 4, 2021 at the Fountain City Community home of his daughter in Knoxville. He was pronounced deceased at 10:23 p.m. E.S.T. by Avalon Hospice.

Two of his former ministers, Freddie Clayton and Stan Stevenson will officiate at the 1 p.m. Wednesday afternoon February 10th funeral services from the Carthage Chapel of Sanderson Funeral Home. Burial followed in the Southeast section of the Bethlehem Cemetery in the Tuckers Cross Roads Community of Wilson County.

The North family will receive friends at Sanderson in Carthage only on Wednesday February 10th from 11 a.m. until 1 p.m.

Mr. North was born Earl Howard North at home in the Rome Community and was the only child of the late Joseph Monroe “Jodie” North who died October 2, 1968 at the age 63 and Freda O’geal Cowan North who died June 24, 2002 at the age of 87.

Mr. North was a 1957 graduate of Smith County High School where he majored in foreign languages, was a member of the Latin, science, and Spanish clubs, and was a member of the chorus his senior year. Mr. North’s high school annual stated: “never do today what you can put off till tomorrow.” Certainly his adult life proved that saying not true.

Mr. North was united in marriage to Jackson County native, the former Robbie Lee Savage, on July 19, 1961. The ceremony was performed at the Rome Church of Christ by the late Church of Christ minister, Fred Evans.

For over thirty years he was employed at the Ross Gear Division of the T. R. W. company in Lebanon before retiring in 2000.

He served with integrity for six four year terms on the Smith County Commission from 1986 until not seeking re-election at the end of his 2010 term. His tenure allowed him to serve under three different County Executives and on many committees, serving on the budget and finance the longest. He was a solid, careful thinking commissioner with desire and success in looking to the future for the betterment of Smith County.

When the Southside Utility District was formed he was a charter member and served as chairman of the regulatory board for the utility and left the board to become General Manager until his final retirement.

Mr. North was a devoted member of the Rome Church of Christ where he faithfully attended every service every week with his wife at his side.

The following statement was made by his granddaughters, which he adored and they adored him. It reads” Earl North, known fondly by many as “Buntin” was a well-loved husband, father and Pa. He was a man who always gave, including the smile on his face. You would never catch him without one. Earl lived a full life of serving others, whether it be his church, his home, or the Rome Community. While we mourn him here on Earth, we always rejoice that he is in his heavenly home, free of pain and suffering”.

Surviving in addition to his wife Robbie of over fifty nine years is their daughter, Tina North Cardwell and husband Kris of Knoxville; two granddaughters, Delaney Reese and Abigail Reese, both of Knoxville.