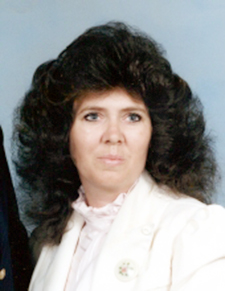 Mrs. Gail Martin Davis age 69 of the McClures Bend Community was discovered deceased by family members at her Holliman Lane home at 9:30 a.m. Friday morning. She was pronounced dead at 11:12 a.m. Friday morning February 12, 2021 at the River Regional Medical Center E.R. in Carthage.

Pastor Seth London and Bro. Jeff Burton officiated at the Monday morning February 15th funeral services from the Carthage Chapel of Sanderson Funeral Home. Following the 11 a.m. funeral services burial was by her Mother in the Garden of the Cross at the Defeated Creek Memorial Gardens.

She was united in marriage on June 1, 1972 to Tompkinsville, Kentucky native David “Red Dog” Davis who preceded her in death on June 19, 2015 at the age of 63 following a long battle with cancer. The ceremony was performed at the Dycus Circuit Methodist Parsonage in Kempville by the groom’s father, Rev. Benny Davis, who was then serving as pastor of Hickory Grove United Methodist Church. The Dycus Circuit churches were: Parthenia, Ensor Chapel, Hickory Grove, Smith Memorial and Wartrace United Methodist.

Mrs. Davis was a member of the Riverview Regional Medical Center dietary department team where she had been a loyal and devoted employee since 1991.

Since her early teens she had been a member of the Carthage Church of God in South Carthage.