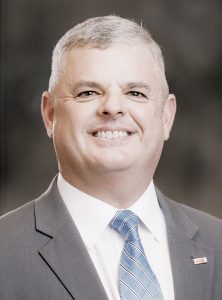 Jason Hall has been promoted to Smith County market leader at Wilson Bank & Trust, bank officials announced recently. In this role, Hall will provide oversight for the bank’s Smith County offices and lead efforts for continued growth in this market. Hall’s 27 years of experience in the banking industry began at age 16.

He has served in various lending and managerial roles during his time with Wilson Bank & Trust, helping to grow the bank’s presence in Smith County. Most recently, Hall was vice president and manager of the bank’s office in Gordonsville. “Jason has a strong lending background and has helped many people and businesses in the Smith County market through his service and expertise,” WBT President, John Foster said.

“His leadership in this market has served the company well and we look forward to the leadership he brings to this new role.”