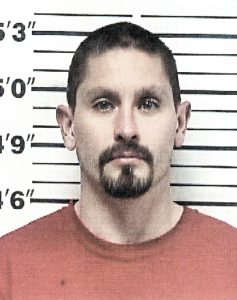 A man wanted in Alabama was discovered in South Carthage after taking up temporary residence at Crump Paris Park.

The man, identified as Curtis Edward Bakley, 32, Vinemont, Alabama, had been charged with first degree kidnapping, attempted assault, attempting to elude, reckless endangerment and criminal mischief, according to court records.

Bakley pled guilty to first degree attempted assault on original charges and has since been charged in Alabama with public intoxication and possession of drug paraphernalia, according to court records.