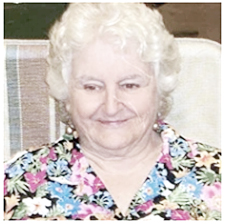 Mrs. Caudill was born February 26, 1936 in the Buffalo Community of Smith County, TN, a daughter of the late Fred R. West and Dovie Colena Knight West. She married William Clifton Mofield at the age of 14 and had four daughters. He preceded her in death on February 27, 1998. Mrs. Caudill was also preceded in death by Daughter; Myra Jean Goolsby, Sister; Juanita Brooks, Brother; Randall West. She worked at the Carthage Shirt Factory and at Stephens Manufacturing. Mrs. Caudill attended the Carthage Full Gospel Church.

Funeral Services for Mrs. Caudill are scheduled to be conducted at the Gordonsville Chapel of Bass Funeral Homes on Tuesday, March 2, 2021 at 11AM with Sister Carolyn Butler officiating. Interment will follow in the Mofield Cemetery on Rawls Creek.

Visitation with the family will be at the Gordonsville Chapel of Bass Funeral Homes on Monday from 4PM until 8PM and on Tuesday after 9AM until service time at 11AM.