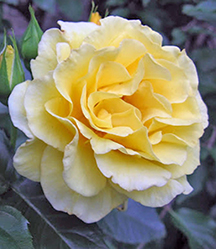 Ms. Terri Sue Hart Terry of Fisher, Indiana died peacefully and went to be with her Lord at the I U Saxony Hospital in Fisher on Saturday February 20, 2021. Ms. Terry was 60.

A Celebration of Life Ceremony will be held Saturday March 20, 2021 at 4 p.m. at the Redeemer Church Rockford at 5501 Windsor Road in Loves Park, Illinois.

She graduated from Harlem High School in Machesney Park, Illinois in 1978.

In 1992, while raising her children as a single parent, she received a certificate of surgical technology.

For twenty five years she was a dedicated professional and was employed at Swedish American Hospital in Rockford, Illinois as a surgical technician and then served as a billing clerk.

She resided in Machesney Park, Illinois until her health began to fail and she then moved into the home of her daughter Nicole’s family in Fisher, Indiana.

In the Mid 1990’s she gave her life to her Lord and Savior Jesus Christ where she now is eating the Bread of Life with her Heavenly Father.

This notice provided as a courtesy to the Terry family.