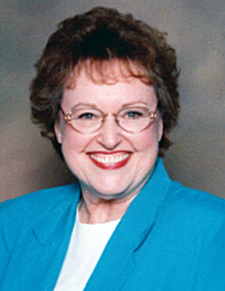 Mrs. Faye Carter Wilmore, age 83, of Hermitage and a longtime resident of Mt. Juliet, died peacefully with her family at her bedside at the TriStar Summit Medical Center in Hermitage at 5:57 p.m. Sunday evening March 14, 2021. She was admitted February 28th suffering from a fatal brain tumor.

Mrs. Wilmore was at the Carthage Chapel of Sanderson Funeral Home where her funeral services were conducted Thursday afternoon March 18th with her Pastor, Dr. Charles Groover officiating. Her sons Jack & Barry shared the love of their Mother and granddaughter Elizabeth Ann Wilmore reflected on the love of her “Na Na”. Interment followed in the Wilmore Family lot in the Garden of Everlasting Life at the Smith County Memorial Gardens.

Mrs. Wilmore was the daughter of Carthage parents who owned and operated Spring Street Grocery, Alfred Carmen (Al) Carter who died June 3, 1978 at the age of 61 and Melba Euna Ray Carter McClanahan who died September 9, 2012 at the age of 91. Mrs. Wilmore was born Melba Faye Carter in the Cartwright Community on March 6, 1938.

Mrs. Wilmore was a 1955 graduate of Smith County High School and in 1959 was awarded a Bachelor of Science degree in biology from Middle Tennessee State University in Murfreesboro. She received her Masters Degree in Education from the University of Northern Colorado.

For 35 years she was an educator in the Nashville-Davidson County School System and spent two years in other areas before retiring in 2002.

Mrs. Wilmore was coordinator of the Apple Classroom of Tomorrow, taught science on Nashville Public Television and introduced teachers to the use of technology in the classroom.

Mrs. Wilmore was such a loving wife and mother, and was the absolute finest “Na Na to her grandchildren and great-grandchildren.

The light of her Lord and Savior Jesus Christ shined like a beacon throughout her life. Her passion was sharing the truth of His saving gospel, the only place where eternal hope resides. Her lasting prayer would be that that everyone reading this would believe.

She was a member of the Victory Baptist Church in Mt. Juliet and was a Sunday School Teacher for decades.