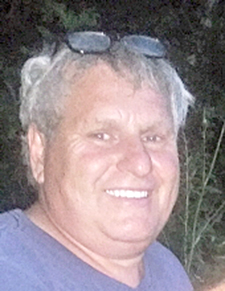 Mr. Joey Duke, of Carthage, was pronounced at 7:50 p.m. Sunday evening March 14, 2021 at the Riverview Regional Medical Center E.R. in Carthage with C. P. R. in progress. He was 56 and was admitted to the E.R. at 7:28 p.m. after suffering a heart attack while attending services at the New Life Church on Third Ave. West in Carthage.

One of three sons and a daughter , he was born Joseph Duke in Carthage on March 4, 1965 and was the son of Mrs. Bertie Frances Caruthers Dickerson of South Carthage and the late Rufus Duke who died April 11, 1999 at the age of 63.

Mr. Duke was preceded in death by a brother, Garland Dowell Duke who died September 2, 1993 at the age of 37.

Mr. Duke was a 1983 graduate of the Gordonsville High School.

He was a machinist by trade and was a country gospel musician.

Mr. Duke attended the New Life Church and Light of the World Church, both in Carthage.