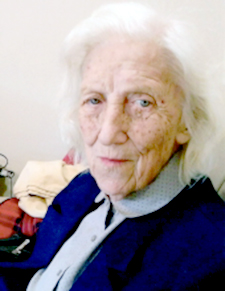 Mrs. Beulah Mai Oldham, of Carthage, died at the age of 92 at 12:35 p.m. Saturday afternoon March 13, 2021 at the Pavilion in South Carthage under the care of Avalon Hospice of Cookeville.

Eld. Jackie Riddle of Alabama officiated at the 1 p.m. Monday afternoon March 22nd funeral services from the Carthage Chapel of Sanderson Funeral Home. Burial followed beside her husband of sixty two years in the Beasley-Brooks section of the Dixon Springs Cemetery.

Mrs. Oldham was a 1947 graduate of Smith County High School where she majored in Home Economics, was vice-president of the Commercial Club her junior year and was a member of the Beta Club, Black and Gold Staff and the Office Occupations class.

Mrs. Oldham was retired from the corporate offices of the former National Life and Accident Insurance Company in Nashville.

In 2000 she and her husband sold their Donelson home and moved to Carthage when they purchased the late Dr. Hugh E. Green home on Jackson Avenue.