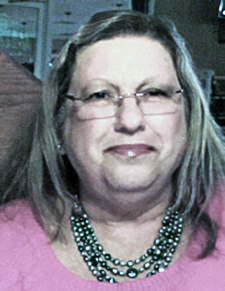 Mrs. Jean Young, of the Chestnut Mound Community, died peacefully at 12:46 p.m. Friday afternoon March 26, 2021 at the Quality Center for Rehab and Healing in Lebanon where she was admitted January 10, 2021 suffering from pulmonary edema. Mrs. Young was 66.

She was a 1971 graduate of the Jackson County Central High School in Gainesboro.

In the Shepardsville Community of Jackson County she was united in marriage to Dillards Creek Community native Jesse Earl Young on December 31, 1971. The ceremony was performed by Oather Wheeler.

Before becoming disabled Mrs. Young was a certified Nurse Technician and was employed at the former Quality Care Center in Lebanon.

Mrs. Young was a member of the former Carthage Chapter # 190 Order of the Easter Star.

She was a member of the Mt. Pleasant Church of God.

Surviving in addition to her husband of just over forty nine years is a daughter, Sheena Young of Watertown, and a son Scotty Young and wife Tracy of the Chestnut Mound Community; two grandchildren, Ty Adam Antle of Algood and KC Austin Clary of Watertown.