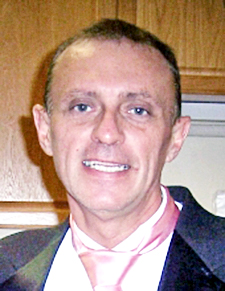 Mr. Timothy Lee Grisham, of the Turkey Creek Community, was pronounced dead on arrival at 8:32 a.m. Thursday morning April 1, 2021 at the Riverview Regional Medical Center E. R. in Carthage after being found deceased at his home by his sister. Mr. Grisham had been suffering from heart problems and was scheduled to have a heart procedure on April 14th. He died 10 days before his 58th birthday.

Graveside services before a large gathering of family and friends were conducted on Saturday afternoon April 3rd at 3 p.m. with his brother, Bro. Roger Grisham officiating. Burial followed beside another brother in section three at the Ridgewood Cemetery in Carthage.

His brother, Bobby Jerroll Grisham preceded him in death on October 3, 2018 at the age of 77.

Following graduation he attended the Tennessee Technological University in Cookeville for two years.

Having never married, he had served as accounts payable clerk at the Rackley Roofing Co. in South Carthage where he had been employed since 2011.

Mr. Grisham was a member of Christ Community Church in Gordonsville where he was a faithful attendee having been reared in a Christian home with his father being an Emmanuel Church of Christ pastor.

Surviving is his sister, whom was his best friend, Lila Grisham Thomas and husband Keith of the Chestnut Mound Community; brother, Bro. Roger Grisham and wife Betty Bane Grisham of Lebanon.