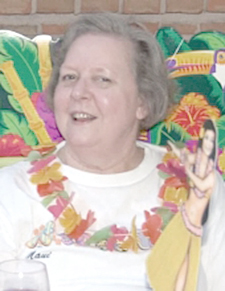 Mrs. Deniston was at the Carthage Chapel of Sanderson Funeral Home. As she requested the process of cremation, it was to be performed at the Cumberland Family Services in Algood.

A memorial services will be conducted from the Riddleton Baptist Church on Saturday afternoon April 10th at 1 p.m. with Jack McCall delivering the eulogy. Interment will be in the Brimm family lot in the West section at the Dixon Springs Cemetery.

Mrs. Deniston was a 1961 graduate of Smith County High School where she majored in mathematics and home economics, was class officer her freshman year was a member of the Latin club and the Beta Club, band and Spring Festival all in her sophomore, junior and senior years. Her freshman year she was a football attendant and her senior year was the football queen and was selected by her classmates to be Miss S. C. H. S. her senior year. It was stated in her “Owl” year book that “My crown is in my heart, and not on my head”, which spoke volumes about her humble character.

There were always four girls that were almost inseparable at S. C. H. S. and they were Sandra, Gaye Petty Hawks, Ann Conger Wilson and Linda Waggoner Nixon.

Mrs. Deniston received her Bachelor of Science degree from Tennessee Technological University in Cookeville and went on to Memphis where after two years at Baptist Memorial Hospital was awarded her degree as a registered nurse.

On June 10, 1966 she was united in marriage to Rector, Arkansas native John Orville Deniston who preceded her in death on June 21, 20115 at the age of 74 following just over forty nine years of marriage.

Mrs. Deniston was retired as a registered nurse from the OB/GYN office of Dr. Pete Ballinger.

Mrs. Deniston was of the Baptist belief and as a child attended the Riddleton Baptist Church with the Brimm family.