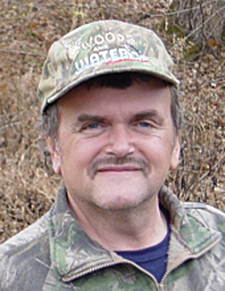 Cookeville resident, Mr. Sam Kirby, died at the age of 64 at 7:30 p.m. Wednesday evening April 21, 2021 at the Vanderbilt Wilson Hospital in Lebanon where he was admitted April 7, 2021 from the Pavilion in South Carthage.

Bro. Tim Frank officiated at the Saturday afternoon April 24th funeral services from the Carthage Chapel of Sanderson Funeral Home. Burial following the 1 p.m. services was beside his parents in the Kirby family lot in the Garden of Gethsemane at the Smith County Memorial Gardens.

On September 1, 1990 he was united in marriage to the former Joyce Elaine Key.

Mr. Kirby was a 1974 graduate of Smith County High School where he majored in technical trades and was a member of the Pep Club and his junior and senior years was a member of VICA.

Following graduation he attended technical school which prepared him for a career as a process engineer, first for Robertshaw Industries, and later for the Mallory Corporation in Cookeville.

Mr. Kirby was an avid outdoorsman and enjoyed deer hunting, fishing, and any other outdoor sports.