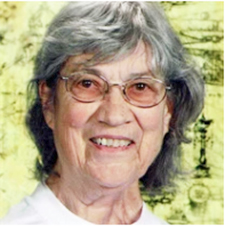 Mrs. Mary K. Tripp,  age 87, of Alexandria, TN, departed this life Tuesday, April 27, 2021.Born Mary Katherine James on October 10, 1933 in Hickman, TN, she was the youngest of four children and the only daughter of the late Luther James and Lorell Gibbs James. She married Roy Lemuel Tripp on February 14, 1992 and he preceded her in death on June 24, 2009. She was also preceded in death by Son; Timmy Cline of Alexandria, TN on November 6, 2010, grandson; “Lil” Randy Eaton of Alexandria, TN, on June 6, 2017, three brothers; Charles James, Glen James, and Billy James, along with several nieces and nephews.As a young girl, Mary’s father moved the family to California where she grew up, married, and started her family. While in California she graduated from Woodland High School in Woodland, CA. She started her working career in California as a telephone operator. In 1967, Mary moved back to Hickman with her children. Over the years she held a few different jobs, but her favorite and most rewarding, as she would proudly tell you, was working at Gordonsville High School as custodian. She made many life long friends while working at GHS and retired from Smith County School systems after 17 years.Mrs. Tripp is survived by Daughter; Debbie (Randy) Eaton of Alexandria, TN. Grandchildren; Jerimey (Macey) Howard of Alexandria, TN, Shanna Washer of Sevierville, TN, and Tasha Cline of Murfreesboro, TN. Great-grandchildren; Kaia, Abegayle, and Zakary Howard, Alissa Thackxton, Khloe Cline, and Dom Brooks. Step great-grandchildren; Aila and Ashtyn Odom.Funeral Services for Mrs. Tripp are scheduled to be conducted from the Gordonsville Chapel of Bass Funeral Homes on Friday, April 30, 2021 at 1PM with Bro. Shane Smith and Mark Medley officiating. Interment will follow in the Gordonsville Cemetery.Visitation with the family will be at the Gordonsville Chapel of Bass Funeral Homes on Thursday from 2PM until 8PM and on Friday after 10AM until service time at 1PM.The family requests memorials be made to Gordonsville High School.