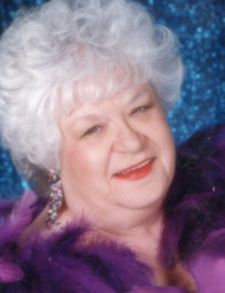 Longtime Park Avenue resident in Carthage, Mrs. Jewell Dillard, died peacefully at 12:53 p.m. Tuesday afternoon May 4, 2021 at the River Regional Medical Center in Carthage where she was admitted Monday morning May 3rd from the Smith County Health and Rehabilitation Center in Carthage.

Bro. Frank Randolph officiated at the 1 p.m. Saturday afternoon May 8th funeral services from the Carthage Chapel of Sanderson Funeral Home. Burial followed beside her husband in the Garden of the Cross at the Smith County Memorial Gardens.

On December 23, 1951 Mrs. Dillard was united in marriage to Club Springs Community native, James Oliver Dillard who preceded her in death on May 31, 1993 at the age of 60 from a fatal heart attack.

Mr. Dillard will be best remembered as longtime Chief of Police for the Town of South Carthage.

Mrs. Dillard was employed at the former Carthage Shirt Corporation for 34 years before the closing in 1993 and was then the biscuit maker at the Hardees Restaurant on Dixon Springs highway until her retirement in 2002.

In the 1970’s she and her husband were also owners of the former Shamrock Café in Carthage.

Mrs. Dillard was a member of the Hogans Creek Missionary Baptist Church.

Surviving is their daughter, Nelda Dillard of Gallatin; caregivers, Denise, Michael and Nathaniel Graham of the Dean Hill Community.