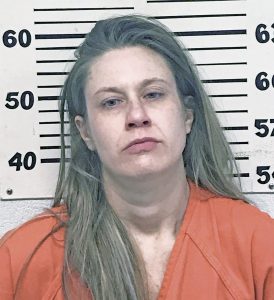 The case in which a Gordonsville woman is charged in the shooting death of a Hogans Creek area man in February has been bound over to the grand jury. Tara Leigh Greene, 33, is now charged with first degree murder in the death of Wendel Wilkey (Wenn) Bennett, 47, Thompson Hollow Road.

The latest developments in the case came Wednesday afternoon when Greene appeared before General Sessions Judge Branden Bellar for a preliminary hearing. At the end of an approximately hour-long hearing, Judge Bellar ruled there was probable cause for a charge of first degree murder.