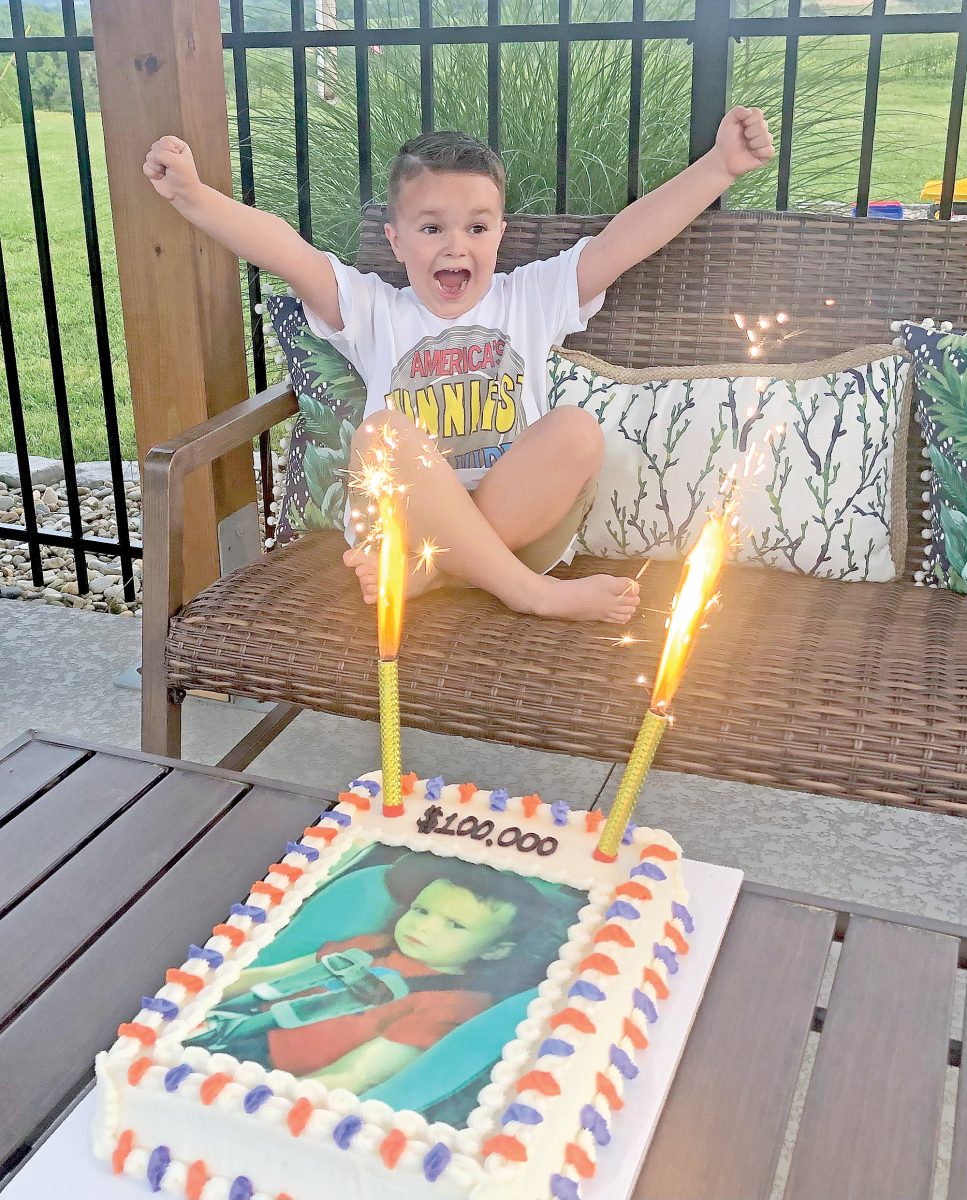 With two appearances on a national television show boasting millions of viewers, Gordonsville resident Harlan Hensley has become a recognizable figure around town. “We went to Walmart yesterday and some of the people there recognized him,” the youth’s mother, Jennifer Hensley, explained.

Harlan is also popular among the customers at one of his favorite stores TNT Market located just across the road (Gordonsville Highway) from the Hensley residence. “The men really cut-up with him,” his mother says. With an outgoing personality, Harlan relishes the interaction.

Hollywood is all about fame and fortune.

Notoriety for Harlan came following the airing of a family video featuring the youth in a very serious conversation with his mother about her escorting him to his pre-k classroom. The video has aired twice on America’s Funniest Videos.

The video first appeared on the national television show during a February episode, winning a first place prize of $10,000.

Fortune followed this month when the video won a $100,000 grand prize, competing against other top videos from other episodes.