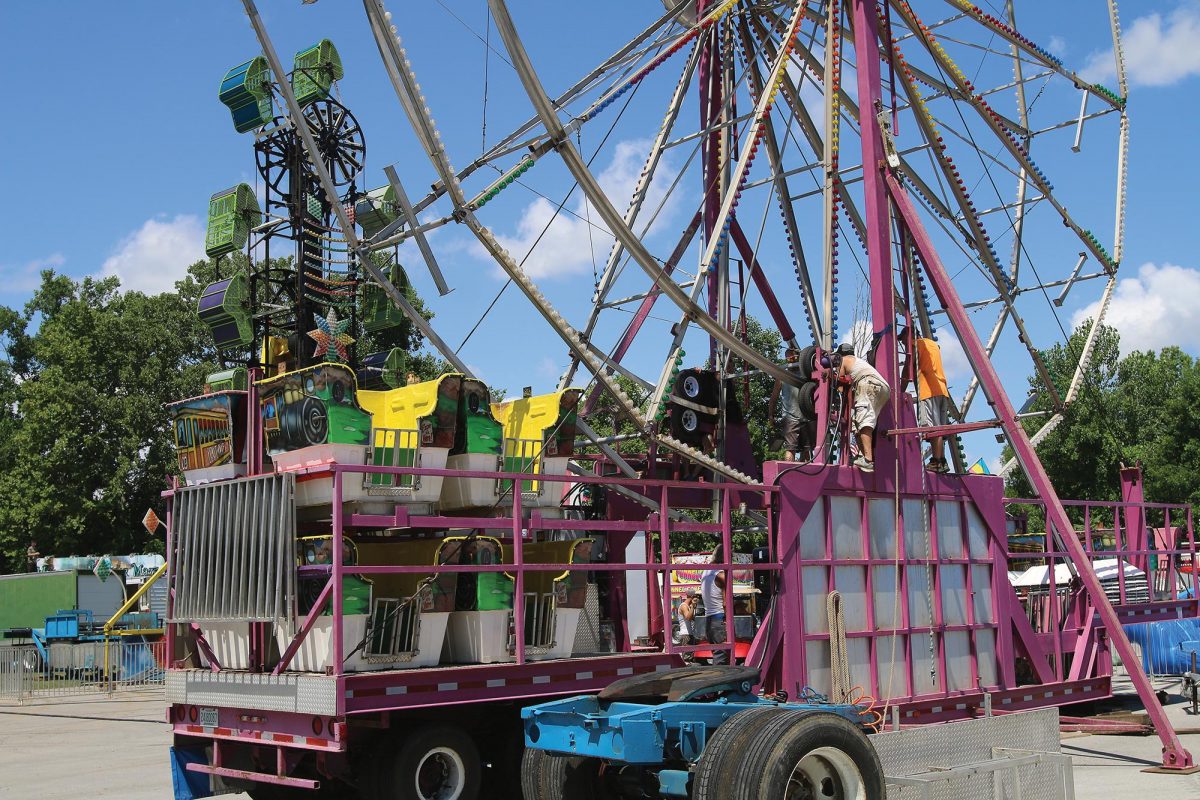 Carnival rides arrived Monday night and the Smith County Fair—The Fair On The River—is well underway. Some of the headline events will not take place until later in the week. Each year the demolition derby is a major draw, filling the grandstands at the Russell Nixon Outdoor Arena.

The first of two derby nights is on Thursday, followed by a second night on Friday. Also, a second major draw will be the Richie McDonald concert, sponsored by WUCZ 104.1 FM The Ranch. The concert is free with admission. McDonald rose to fame as lead singer of country music act Lonestar.

At the time, McDonald also lived in Smith County. Since the fair transition from mid-summer to the Fourth of July week, the fair has featured a fireworks display. This year the fireworks display will take place on Friday night. New to this year’s fair is the Four-wheel Drive Mud Racing scheduled for Wednesday night.

Like the demolition derby, the event is expected to be eagerly anticipated. James Gang Amusements is providing the rides for this year’s fair. Events of this year’s fair began Friday (June 25) with archery competition. A full day of events took place on Saturday. Opening ceremonies were held on Monday. The fair runs through Saturday (July 3).