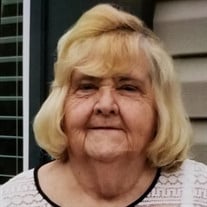 Betty K. Heady was born January 21, 1940 in Jackson County and she passed away on Saturday, August 21, 2021 at Smith County Health and Rehab Center in Carthage at the age of 81.

She was the daughter of Nolan Herod Loftis and Flossie B. Stafford Loftis.

She was married to Clarence Heady, Jr., who passed away March 17, 2009. Mrs. Betty was a member of the Truth and Deliverance International Ministries.

She was preceded in death by her parents, husband, brothers, Arvil, Leo, Harlan, Damon, Wilburn, Gilbert and Donald Loftis and sister, Agnes Martin.

Memorial donations may be made to Byers Cemetery by contacting the funeral home.

This notice provided as a courtesy to the Heady family.