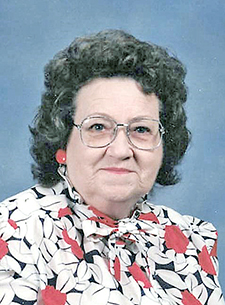 Evie had a blessed life and was lovingly known as Sue, Mom, Momma, Aunt Sue, Grandma, Grams, Granny and GiGi – depending on whom you asked of course. She loved reading the Bible, gardening, and watching Jimmy Swaggart on television.

Her love of God and “mountain moving” faith was a true inspiration to all who knew her. She could strike up a conversation with anyone while sharing stories of her life’s adventures. Her sense of humor and love for all will be missed greatly.

Her funeral service will be at 5 p.m. Wednesday, October 6, 2021 at Preston-Hanley Funeral Homes & Crematory in Pekin, Illinois. The Rev. Judy Doyle will officiate. Visitation will be from 3 to 5 p.m. Wednesday afternoon at the funeral home.

Graveside service will be at 10 a.m. Friday, October 8, 2021 at Gordonsville Cemetery in Gordonsville, Tennessee. Brother Dennis Croslin will officiate.