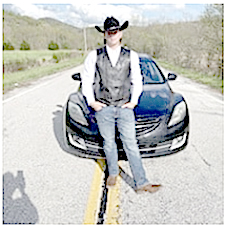 Seth Paul Rogers, age 15 of Grant, TN, and a Sophomore at Gordonsville High School passed away on Tuesday, October 5, 2021.

Seth was born April 25, 2006 in Richmond, KY. He attended Gordonsville High School and was a Sophomore. He was a past member of the GHS Football Team. Seth enjoyed the outdoors, often going fishing and riding four wheelers. He also enjoyed going trailer trucking.

Seth was preceded in death by his Grandfather; Roy Rogers, Grandparents; Rodger and Judy Davis, and Cousin; Danielle Shearer.

Funeral Services for Seth Rogers are scheduled to be conducted from the Gordonsville Chapel of Bass Funeral Homes on Saturday, October 9, 2021 at 11AM with Richard Smith officiating. Interment will follow in the Bethlehem Methodist Church Cemetery in Livingston, TN.

Visitation with the family will be at the Gordonsville Chapel of Bass Funeral Homes on Friday from 4PM until 8PM and on Saturday after 9AM until service time at 11AM.