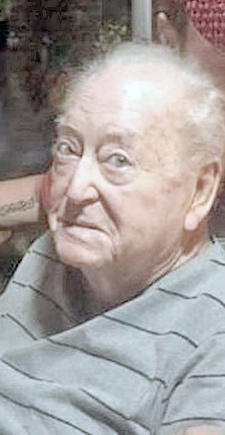 Watson-North Funeral Home is honored to be of service and ministry to the family of James (Jim) “Kennie” Baker, age 88 of Alexandria, TN and formerly of Winchester. Mr. Baker passed away October 5, 2021 at St. Thomas Rutherford Hospital in Murfreesboro. A native of DeKalb Co., he joined the U. S. Army at the age of 18. Following his military service he attended barber school and practiced until 1974, when hair got longer and men got fewer haircuts. He then went to work at the Ford glass plant in Tulsa, OK. He retired from Ford in 2000, after which he returned to barbering in various places, ranging from Belle Meade in Nashville to Winchester. Mr. Baker was of the Baptist faith, and he was an avid fisherman. It goes without saying that as a barber, he loved people and conversation, as many men confided in him over the years. Mr. Baker is preceded in death by his mother, Janie Lucille Phillips Baker and his father, Owen Benson Baker. He is also preceded in death by his sons, James Lee Baker and Tracy Allen Baker and his brother and sister-in-law, Troy and Dorothy Baker. He is survived by his sister, Faye Hendrix and her husband Doyle of Alexandria, TN; niece, Vickie Alvis; nephews, Mike (Karen) Alvis, Mark Alvis, Steve (Linda) Baker, John Mark Baker; step-daughters, Donna (Jimmy) Corley, and Sherry Crossley; step-grandchildren, Matt (Katie) Crossley, Noah (Anna) Crossley, Rob Corley, Diane Corley; 9 step-great grandchildren and a host of extended family and friends. He also leaves great friends, Wayne Prince and Charissee Allen, a niece and several nephews. Private services and burial will be held in Smith County at Brush Creek Cemetery at 3:00 p.m., on Thursday October 14, 2021. Online condolences may be sent to www.watsonnorth.com.