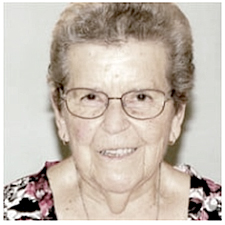 Ms. Martha Armistead Geldreich, age 88, of Gordonsville, TN, passed away on Thursday, October 21, 2021 at The Pavilion Assisted Living in Carthage, TN.Martha was born December 3, 1932 in Brush Creek, TN, a daughter of the late Edward Sperry Crawford and Josephine Gilbert Allen Crawford. She was also preceded in death by Son; Glen Armistead and father of her children; Jackie Armistead.Ms. Martha taught school at Gordonsville from 1965 until 1979 and taught at Walter J. Baird in Wilson County, TN, from 1979 until 1990. She served her community on the Gordonsville City Council from 2008 until 2014. She also served as a volunteer at Riverview Regional Medical Center from 2013 until her health prevented her from helping. She was a longtime member of the Southside Lions Club and was also a longtime member of the New Middleton United Methodist Church.Ms. Martha is survived by Daughter; Nancy (Tony) Fowler of New Middleton, TN. Grandchildren; Bill (Alayna) Fowler, Kim (Josh) Hoot, and Michael Armistead. Five great-grandchildren; Tyler, Saralynn, Liberty, Bryan, and Cambree. Sister; Gennave Murphy of Lebanon, TN.Graveside Services and Interment for Ms. Martha are scheduled to be conducted on Sunday, October 24, 2021 at 2PM at the Gordonsville Cemetery with Bro. Floyd Massey officiating.Visitation with the family will be at the Gordonsville Chapel of Bass Funeral Homes on Saturday from 4PM until 8PM and on Sunday after 12PM until departure for the cemetery at 1:50PM.The family requests memorials be made to the New Middleton United Methodist Church.