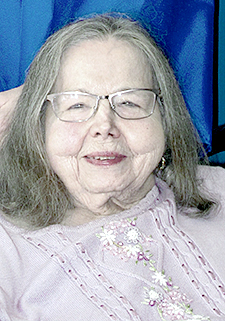 Frances Elizabeth Manning Turner, age 79, of Knoxville, formerly a resident of Carthage Tennessee, passed away Friday, October 22, 2021 after a prolonged illness.
She was born in the Elmwood Community of Smith County, Tennessee on June 17,1942. She was the daughter of the late Henry Taylor Manning, who died in1998 at the age of 85, and the late Anna Lou Glover Manning, who died in1994 at the age of 78. In addition to her parents, she was preceded in death by her brother, James Henry Manning, Sr. who died in 2009 at the age of 65.
While living in Carthage, she served as City Recorder, elected City Councilwoman 1980-1981 and elected Mayor of South Carthage 1981-1983. She later relocated to Murfreesboro, Tennessee to become a condominium manager for 21 years before relocating to Knoxville, Tennessee to be near her only daughter, Traci (Turner) Gilliland.  She was of the United Methodist faith, being a lifetime member of Mt. Zion United Methodist Church in Elmwood, Tennessee.
Surviving is her daughter, Traci (Turner) Gilliland and her son-in law, Bruce Gilliland of Knoxville; grandchildren Abigail (Abby) Gilliland and Ian Gilliland, both of Knoxville; sister-in-law, Judy Manning, and nephew, Jim Manning both of Clarksville, Tennessee. In addition to family, she leaves behind a host of extended family members and many faithful friends that she had the pleasure to know during her walk on earth.
A receiving of friends is planned on Friday, October 29, 2021 at Rose Funeral and Cremation – Mann Chapel, Knoxville from to 12:30-1:30pm with a graveside service for family and friends at 2pm with Reverend Clay Harrington officiating at Edgewood Cemetery in Knoxville, Tennessee.
This notice provided as a courtesy to the Turner Family.
BASS OF CARTHAGE
Posted in Obituaries