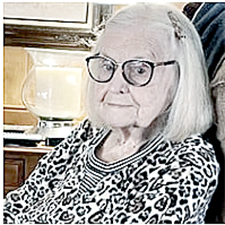 Mrs. Melba Kemp Sircy, age 86 of Manchester, TN, and a native of Defeated, TN, passed away on Monday, October 25, 2021.Mrs. Sircy was born November 18, 1934 a daughter of the late Roy Glenn Kemp and Willie Kate Holleman Kemp. She married J.D. Sircy and he preceded her in death in 2005. She was also preceded in death by Son; Richard Steven Sircy in 2004, and siblings; Chuck Kemp, James Kemp, and Lonnie “Buzzy” Kemp.Mrs. Sircy was a 1951 graduate of Smith County High School. She worked at the First National Bank of Manchester for 58 years, and retired as the Head of Bookkeeping. She attended the Trinity Baptist Church of Manchester, TN.Mrs. Sircy is survived by two sons; Tim (Dawn) Sircy of Murfreesboro, TN, and Rickey Wayne (Patricia) Sircy of St. Albans, WV. Grandchildren; Ryan Sircy, and Stacie Sircy. Great-granddaughter; Elli Sircy. Sister; Amelia “Mush” Kemp Compas of Celina, TN. Brother-in-Law; Mack (Anna) Sircy of Hartsville, TN. Sister-in-Law; Sue (Wayne) Dickerson of Carthage, TN, and friend and companion; Nick.Graveside Services and Interment for Mrs. Sircy are scheduled to be conducted on Wednesday, October 27, 2021 at 1PM at the Defeated Creek Memorial Gardens with Bro. Jeff Lance officiating.Visitation with the family will be at the Carthage Chapel of Bass Funeral Homes on Wednesday from 11:30AM until departure for the cemetery at 12:30PM.