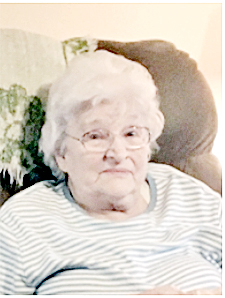 Mrs. Sandra Bowman, age 83, of the Graveltown community died peacefully with family at her side. She died at 6 a.m. Thursday morning, November 18, 2021, at the Smith County Health and Rehabilitation Center in Carthage where she was admitted September 11, 2020. She was pronounced deceased at 8:13 a.m. by Kindred Hospice of Cookeville who had been providing her palliative care.

Funeral services from the Carthage Chapel of Sanderson Funeral Home were conducted Saturday morning, November 20th, at 11 a.m. with Eld. Ricky Hackett officiating. Burial followed beside her husband of over sixty two years in the Poley Beasley Cemetery on the Bowman Family Farm in the Graveltown community.

Mrs. Bowman was a 1956 graduate of Smith County High School where she was a member of the Latin, Spanish, Glee Club, and Dramatic Clubs, the Future Homemakers of America and the Future Teachers of America.

Mrs. Bowman was united in marriage to Nashville native Raymond “Doc” Bowman, who died July 10, 2020 at the age of 83.

Mrs. Bowman was a longtime employee of the Texas Boot Co. in Carthage and retired when the plant closed in 1997.