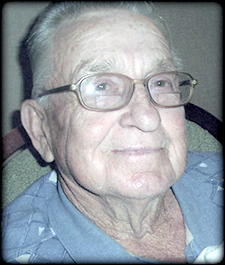 Mr. Edward “Edd” Kittrell, age 90, of Westmoreland, TN, passed away on Monday, November 15th, 2021.  He was born to the late Ray Allison and Lela Cansada West Kittrell on November 3, 1931 in Macon County, TN.Mr. Kittrell was saved and a faithful member of Siloam Missionary Baptist Church for many years.  He was married to Lois West and to this union was born three children, Diane, Denese and Michael. He worked tirelessly as a farmer and a carpenter to provide for his family. In addition to his parents, he was preceded in death by his brother, EllisLee Kittrell.Mr. Kittrell is survived by his loving wife of many years, Lois Kittrell; his daughters, Diane Kittrell (friend, Randell) and Denese (Billy) Sadler; his son, Michael (Lisa) Kittrell; his grandchildren, Donielle (Chris) Walker, Daniel (Brittiny) Sadler, Joseph Kyle Kittrell, and John Michael Kittrell; his step-grandson, Zachary (Kaci) Dallas; and his great-grandchildren, Grayson, Braelyn, Lincoln, Josephine and Abigail.Funeral services for Mr. Kittrell will be conducted on Wednesday, November 17th at 10AM from Siloam Missionary Baptist Church with Bro. Chad Lambert and Eld. Greg Dunham officiating.  Interment will follow in the Defeated Creek Memorial Gardens in the Defeated Creek community of Smith County. The family will receive visitors on Tuesday, November 16th from 1PM-8PM atWoodard Funeral Home.