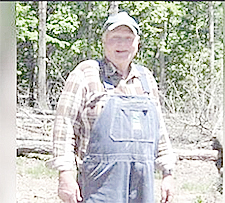 Mr. Brown was born August 3, 1936 in Sunbright, TN, a son of the late Roy Brown and Delpha Hurtt Brown. He married Polly Hutson Brown and she preceded him in death. He was also preceded in death by Son; Glenn Edward Brown and Siblings; Lena, Lefa, Wava, Elizabeth, Jack, Norman, Roy, Colonel, and Loma.

Mr. Brown was a 1953 graduate of Sunbright High School in Morgan County, TN, where he played football. He worked for several years for the CSX Railroad, eventually working his way to foreman. Mr. Brown retired from CSX in 1991.

Graveside Services and Interment for Mr. Brown are scheduled to be conducted on Friday, December 10, 2021 at 3PM at the Cedar Grove Cemetery with Pastor Erik Reed officiating.

Family and friends will gather at the cemetery just prior to the 3PM graveside.