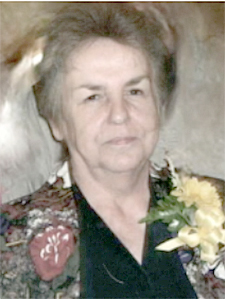 Mrs. Carolyn Evitts Price, of the Tanglewood Community, was pronounced deceased shortly after arrival at 2:58 a.m. Saturday morning January 8, 2022 at the age of 75 at the Riverview Regional Medical Center E. R. in Carthage after becoming gravely ill at her Dixon Springs Highway home.

Mrs. Price was at the Carthage Chapel of Sanderson Funeral and had requested to be cremated. The cremation will be performed at the Cumberland Family Services in Algood.

A memorial service will be announced later and will be conducted from the Pleasant Shade Upper Cumberland Presbyterian Church, where Mrs. Price attended, with the pastor, Eld. Scott Rigsby officiating.

She was preceded in death by her husband, John Price.

Mrs. Price served as a deputy Smith County Register of Deeds for over thirty years before her retirement and served under former Registers of Deeds, June McKinney and Carol Beasley Gibbs.

She was a 1964 graduate of Dupont High School in Old Hickory.