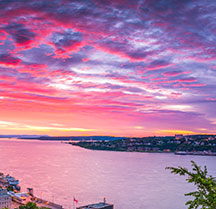 Mrs. Retta Hesson Wilkerson, a homemaker of the Popes Hill Community, died at 10:10 p.m. Thursday evening January 6, 2022 at the Unity Medical Center in Manchester where she was admitted to the I. C. U. on December 28th being treated for C. O. P. D. Mrs. Wilkerson was 58.

Born Retta Faye Hesson at the former Petty-Green Clinic in Carthage, she was the middle child and the only daughter of Glenda Faye Hughes Hesson of South Carthage and the late Bobby J. Hesson who died October 20, 2014 at the age of 73.

In 2019 she was saved under the preaching of Eld. Barney Allison and baptized into the full fellowship of the Hartsville Missionary Baptist Church.

Surviving in addition to her husband of over fifteen years and her mother are Retta’s three children, Jay Slatton and wife LeAnn of Gordonsville, Amanda Silcox and husband Eld. Dave Silcox, Samantha Slatton Hearn and husband John all of South Carthage.