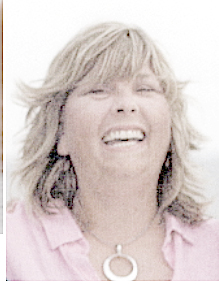 Mrs. Susan Thompson, of the Bradyville Community in Cannon County, died unexpectedly Friday morning December 31, 2021 at the age of 53 at the families Hollow Springs Road home from complications of Covid.

Mrs. Thompson is at the Carthage Chapel of Sanderson Funeral Home.

A Requiem Funeral Mass is to be said on Thursday afternoon January 6th at 3:30 p.m. from the Saint Rose of Lima Catholic Church located at 1601 North Tennessee Boulevard in Murfreesboro. Bro. Mike Blair will deliver the eulogy and Father John Sims Baker will be the celebrant. A private family interment will be later in the Thompson Family lot in section four at the Defeated Creek Memorial Gardens.

The family will receive friends at Saint Rose of Lima only on Thursday afternoon January 6th from 2:30 p.m. until the Mas at 3:30 p.m.

The middle of three children, she was the daughter of Mr. John Charles Pasquale of Fort Myers, Florida and the late Kathaleen Anne Alberts Pasquale and was born Suzanne Louise Pasquale in Fort Wayne in Allen County, Indiana on October 22, 1965.

In an outdoor ceremony in Franklin, Tennessee on August 27, 1989, she was united in marriage to Difficult Community native William Christopher “Chris” Thompson.

Mrs. Thompson was a communicant of Saint Rose of Lima Catholic Church in Murfreesboro and had been an administrator there for over twenty seven years, beginning in 1994.