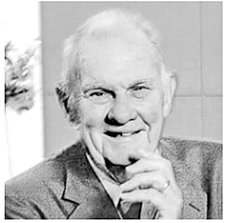 Mr. Chappell was born April 28, 1927 in Louisville, KY, a son of the late George Lindsay Chappell, I, and Clyde Dearie McCellan. He was also preceded in death by Children; Harvey Dean Peach and Darla Kaye Peach and Brothers; Glenn Curtis Chappell and Benny Mac Chappell.

Mr. Chappell served his country in the U.S. Navy. He retired from Nissan after many years.

Celebration of Life Services for Mr. Chappell are scheduled to be conducted from the Gordonsville Chapel of Bass Funeral Homes on Saturday, January 29, 2022 at 1PM with Bro. Shane Smith officiating.

Visitation with the family will be at the Gordonsville Chapel of Bass Funeral Homes on Saturday from 12PM until service time at 1PM.