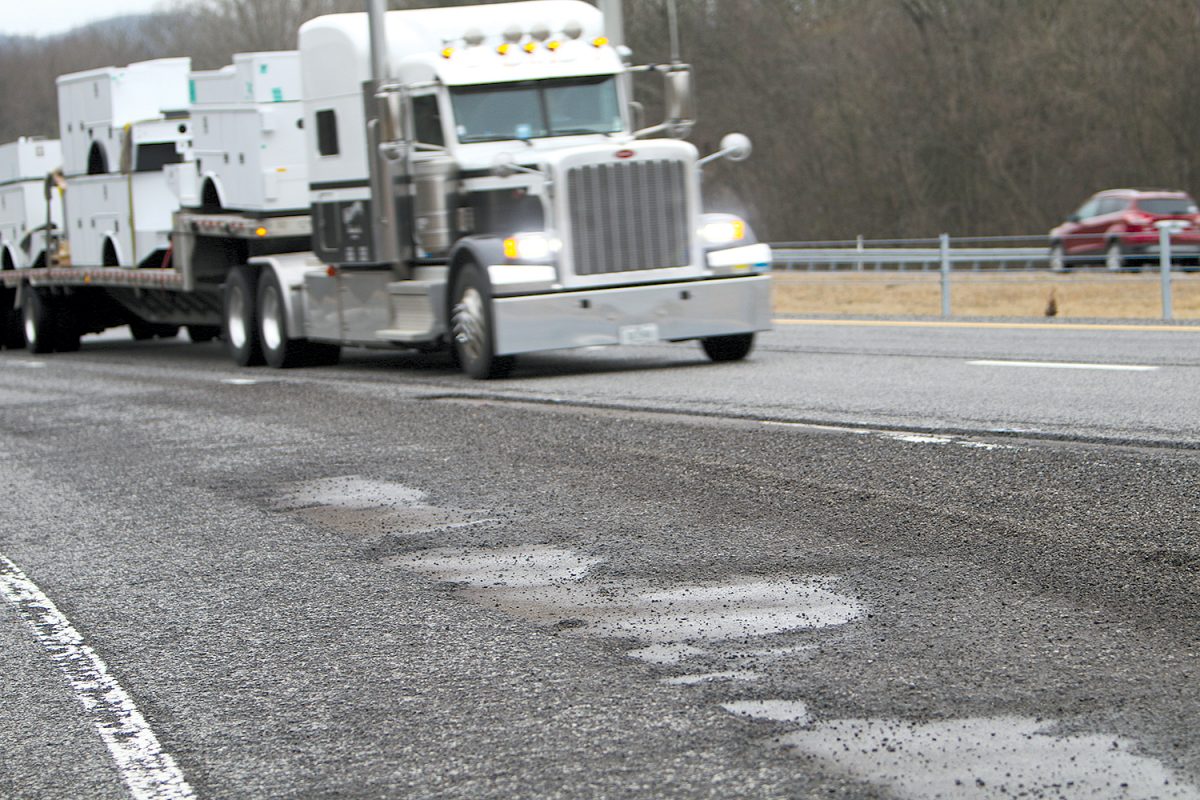 WORK ON DETERIORATING I-40 BEGINS THIS WEEKS

Work to repair crumbling sections of Interstate 40, as well as potholes in Smith County is expected to be ongoing for the “next few weeks”, according to the Tennessee Department of transportation.

Repair work on the ailing interstate was supposed to have started on Monday of this week. In many places, sections of asphalt has crumbled, leaving large strips of uneven pavement several feet wide and yards long. In other locations, there are regular potholes.

The crumbling asphalt is causing vehicles, particularly tractor-trailer trucks, to shower other vehicles with flying asphalt pellets, as well as chunks of asphalt in some cases. Some residents have reported paint being flaked by the flying debris, even cracked windshields as a result of the problem. The deteriorating asphalt has been caused by “water being trapped in the open graded asphalt mix with the freeze/thaw cycles from back-to-back winter storms”, according to the state transportation department.