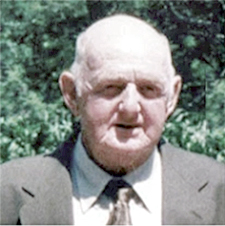 Mr. Parker was born March 30, 1936 in New Middleton, TN, a son of the late Herman Casey Parker and Allie Louise Winfree Parker. He was also preceded in death by an infant brother.

Mr. Parker married Wanda Gail Silcox on December 19, 1959. He worked for Pete Watts Construction for numerous years and was a lifelong farmer.

Graveside Services and Interment for Mr. Parker are scheduled to be conducted at Brush Creek Cemetery on Tuesday, March 1, 2022 at 1PM with Bro. Floyd Massey officiating.

Visitation with the family will be at the Gordonsville Chapel of Bass Funeral Homes on Monday from 3PM until 8PM and on Tuesday after 11AM until departure for the cemetery at 12:30PM.