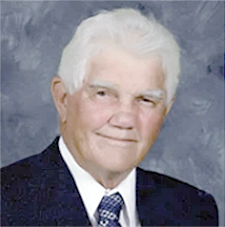 Mr. Williams was born October 16, 1941 in New Middleton, TN, a son of the late Jack Williams and Edith Frances Allen Williams. He was also preceded in death by Daughter; Angie Williams Wood on January 31, 1986 and Brother-in-Laws; Harold Bush and Clifton Granstaff.

Mr. Bobby was a 1960 graduate of Gordonsville High School. He worked for TRW for over 30 years until his retirement and gained the nickname “Lightning” during his time. He enjoyed farming and was a lifelong cattle and tobacco farmer. Mr. Williams was a very active member of the Brush Creek Baptist Church; serving as a Trustee, teaching the men’s Sunday School class, and serving as a Deacon of the church since 1991. He married Lynette Tatum on October 5, 1963. He will be remembered as a great father and grandfather and a wonderful husband.

Funeral Services for Mr. Williams are scheduled to be conducted on Thursday, March 17, 2022 at 2PM at the Brush Creek Baptist Church with Bro. Mark Stinnett and Bro. Chris Chambers officiating. Interment will follow in the Brush Creek Cemetery.

Visitation with the family will be on at the Gordonsville Chapel of Bass Funeral Homes on Wednesday from 3PM until 8PM and at the Brush Creek Baptist Church on Thursday from 11AM until service time at 2PM.

The family requests memorials be made to St. Jude or to the Brush Creek Baptist Church.