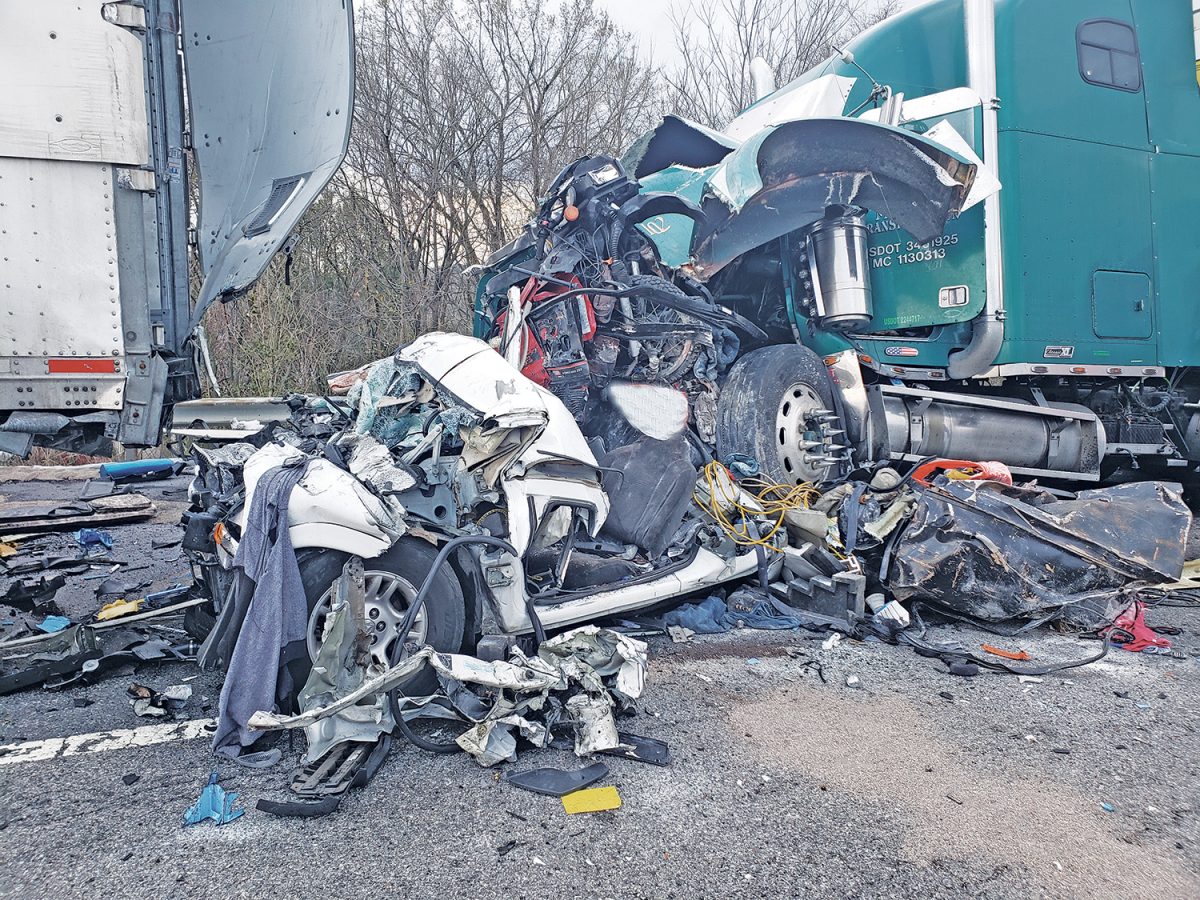 Two people were killed and one person injured in a four-vehicle wreck on Interstate 40, Wednesday afternoon. The wreck occurred just east of the Gordonsville Exit where traffic had stalled due to a jack-knifed tractor-trailer tanker truck a few miles east of the deadly accident.

The jack-knifed tractor-trailer truck accident, in which no one was injured, had occurred shortly before the fatal wreck. A total of four vehicles and six people were involved in the fatal accident.

In addition to the two fatalities and one injury, three people escaped without injuries, according to the Tennessee Highway Patrol.