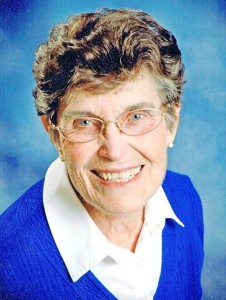 Mrs. Walker was born February 13, 1929 in Wilson County, the daughter of the late Charles Herschel Huddleston and Opal Cassity. She married John David Walker on October 16, 1948 and he preceded her in death on December 17, 2000. Mrs. Walker graduated from Watertown High School. She was a faithful member of the Alexandria First Baptist Church. She worked at Prichard’s Grocery as a clerk for over 20 years.

Funeral services for Mrs. Walker were conducted from the Alexandria First Baptist Church on Friday, September 2, 2016 at 2PM with Bro. Billy Friel officiating. Interment followed in the Hillview Cemetery.