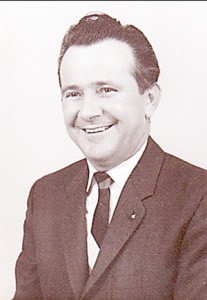 Mr. Ralston Overstreet age 86 of the Sullivans Bend Community died at 7:26 p.m. Tuesday evening September 20, 2016 at his Jonesborough Lane home. He was pronounced deceased at 8:56 p.m. under the tender care of Highpoint Hospice.

On December 9, 1950 he was united in marriage to Old Hickory native, the former Bobbie Virginia Douglas, who died at the age of 85 on Thanksgiving Day November 27, 2014.

Mr. Overstreet was a fifty year member of the Carthage Benevolent Lodge #14, F & AM and was a member of the Mt. Zion United Methodist Church.

He was also one of the three trustees of the Mt. Zion Cemetery board.

Mr. Overstreet retired from the Metro Nashville Transit Authority in 1988 with thirty two years of service and returned to his native Sullivans Bend Community to live out his retirement.

He was a longtime member of the Amalgamated Transit Union in Nashville.

Mr. Overstreet proudly served our country with both the United States Navy from which he was honorably discharged at the Naval Receiving Station in San Diego, California with the rank of Seaman Apprentice on July 7, 1949 and after completing his obligation he joined the United States Army during the Korean Conflict from which he again received an honorable discharge on December 13, 1952 with the rank of Corporal.