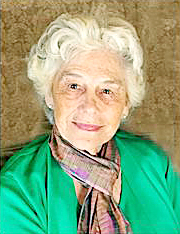 Funeral services will be conducted Saturday at 12:00 noon at First United Methodist Church with Rev. Chip Hunter and Rev. Melinda Britt officiating. Private family interment will be in Polk Memorial Gardens. The family will visit with friends Saturday from 10:00 A.M. until service time at the church. Oakes & Nichols Funeral Directors are assisting the family with arrangements.

Betty was born on February 7, 1931, in the East Tennessee farming community of Ten Mile, Tennessee. She was the fifth of six children born to Robert Taylor and Dora Edgemon Inman. She attended Tennessee Wesleyan College and graduated from Tennessee Tech where she met her husband, Joe Lancaster. They married on August 31, 1951.Betty taught high school English in Carthage, Tennessee until they moved to Columbia for Joe’s career with the Tennessee Farmers Insurance Companies. Within five years, she became a mother of four, beginning her favorite career of raising children. Betty, who was affectionately known as “Muffin” to her eleven grandchildren and seven great grandchildren, instilled in them her great love of nature and literature, and her quiet faith and open mindedness.

She was preceded in death by her siblings, Blanche Inman, R. T. Inman, and Charles Inman.

Notice provided as a courtesy to the Lancaster Family.
Posted in Obituaries