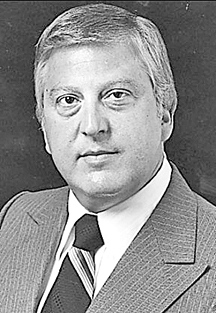 Mr. Leo Decker of McKinney, Texas and a longtime resident of Arlington, Texas died under the care of Comfort Hospice at 7:12 p.m. Wednesday evening October 13, 2016 at his Peterhouse Drive home. He was 77.

Graveside services were conducted Monday afternoon October 17th at 3 p.m. with his family members delivering the eulogy. Burial following the 3 p.m. services was in the Defeated Creek Memorial Gardens.

He was united in marriage in Madison Tennessee on August 27, 1960 to Defeated Creek Community native, the former Linda Sue Kemp.

He was a 1958 graduate of Cohn High School in West Nashville and attended Vanderbilt University where he received an associate degree.

He retired in 2008 as Store Director for the Tandy Corporation.

Mr. Decker was of the Presbyterian faith.

Surviving in addition to his wife Sue, of just over fifty five years, is their daughter, Christy Decker Ellison and husband Kevin of Arlington, Texas; son, Steve Decker and wife Lisa of McKinney, Texas; five grandchildren and one great-grandchild.