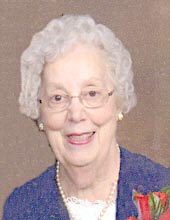 Dollie Ann Adams, a Smith County native and now a resident of Winston-Salem, North Carolina, died at the age of 77 at her home Friday morning December 23, 2016.

Funeral services were conducted from the Berean Baptist Church in Winston-Salem on Tuesday afternoon December 27, 2016 at 2 p.m. with Dr. Ron Baity and Rev. Jeff Baity officiating. Burial followed in the Parklawn Memorial Park in Winston-Salem.

While residing in Murfreesboro before moving to Winston-Salem, she was a member of the Franklin Road Baptist Church and retired from the “Sword of the Lord Foundation” with over thirty five years of service.

At the time of her death she was a member of the Berean Baptist Church.

This notice provided as a courtesy to the Adams family.