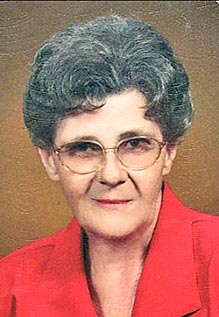 Mrs. Failyn Thomas, age 76 of the Elmwood Community was pronounced dead at 11:44 a.m. Sunday morning January 1, 2016 at the Riverview Regional E. R. in Carthage after becoming fatally ill at her Cookeville Highway home.

Services were conducted Wednesday afternoon from the Carthage Chapel of Sanderson Funeral Home with her Pastor, Bro. Wallace Caldwell and Eld. Anthony Dixon officiating. Burial followed the 1:00 p.m. service in the Ridgewood Cemetery.

Born on May 15, 1940, she was the daughter of Elmwood Community residents the late Marvin Pettross and Gladys Bilbrey Pettross.

Mrs. Thomas was a member of the Elmwood United Methodist Church where she joined July 13, 1952.

She was a 1959 graduate of Smith County High School where she majored in home economics and was a member of the band and science club.

After graduation she began employment as a clerk at the former Cleveland Drugs owned by Dr. Fred Cleveland and after his retirement Gene Oldham Jr. purchased the store and she continued to work for him for a period and later clerked at Sav-Way in South Carthage and before retirement was employed at Wal-Mart.