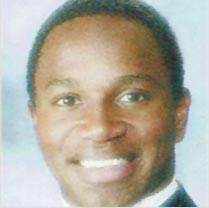 Justin was born April 22, 1990 in Wilson County, TN, the Son of Calvin Hill Smith and Patricia Lynn Manning. He was preceded in death by Grandparents; Harold Manning, Sybil and Charles Smith, and also Jimmy Garrett. Justin graduated from Gordonsville High School in 2008. He was very involved in many facets at GHS, especially in football where he excelled, receiving numerous honors. Justin worked as a stone mason for Charles Savage Masonry.

Funeral Services for Justin are scheduled to be conducted from the Gordonsville Chapel of Bass Funeral Homes on Saturday, January 21, 2017 at 1PM. Interment will follow in the Bethlehem Cemetery in the Tuckers Crossroads community of Wilson County.

Visitation with the Smith family will be held at the Gordonsville Chapel of Bass Funeral Homes on Friday from 4PM until 8PM and again on Saturday after 11AM until the time of the service at 1PM.