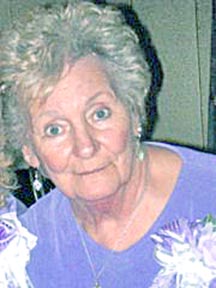 Mrs. Faye Tidwell of the Bon Aqua Community in Dickson County died at 2:15 a.m. Wednesday morning January 19, 2017 at her home.

Born Vonda Faye Henson in Carthage on July 26, 1950, she was the daughter of the late Lawrence Vonda Henson and Laura Marie Barnes Swicegood Henson.

She was married to Kenneth Tidwell and they were preceded in death by a son, Jonathan Henson.

A caring individual who loved family and friends , she had a caring spirit and spent her adult life in the health care field working in hospitals and nursing homes as a nurse.

Her hobbies were needle point, crafting and working in her yard and gardening.

Surviving in addition to her husband of over thirty nine years are two children, Laura Halliburton of Lebanon, Kenneth Tidwell Jr. and wife Debra of Donelson; brothers, Roger Henson and wife Kathy of Goodyear, Arizona, Bro. Ray Swicegood of Carthage; grandchildren, Nakkia of Dickson, Dusty and Dalton of Bon Aqua.

This notice provided as a courtesy to the Tidwell family.