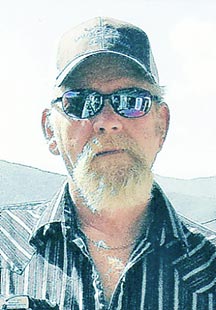 Mr. Chaffin was suffering from lung cancer for which he was diagnosed November 4, 2016.

Saturday morning February 4th funeral services from the Carthage Chapel of Sanderson Funeral Home were conducted by Edward L. Anderson at 11 a.m. Burial followed in the Chaffin Family lot in the Garden of Gethsemane at Smith County Memorial Gardens.

His three siblings preceded him in death, an infant brother, Edward Charles Chaffin, who died in March of 1943, Carrol “Pete” Chaffin died at the age of 59 on March 23, 2005 and Brenda Faye Chaffin Scarlett died at the age 67 on February 27, 2015.

Mr. Chaffin was a twenty five year employee of the Robertshaw Co. in Carthage where he was employed in maintenance and as an electrician from 1973 until 1998 and later as an electrician at Nystar for five years and at the time he became ill he was a security guard at the McFarland Rehabilitation Hospital in Lebanon.

Mr. Chaffin was a 1972 graduate of Smith County High School.

He was a member of the Chestnut Mound Church of Christ.

Sanderson of Carthage
Posted in Obituaries