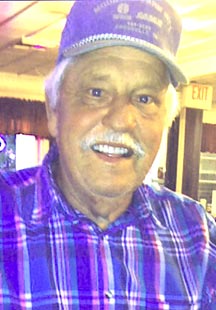 He was married at the Jackson County Courthouse to Chestnut Mound native the former, Anna Mai Apple.

Mr. Bush was a 1961 graduate of Smith County High School where he majored in Agriculture and Social Studies and received the State Farmer Degree his junior year and was a class officer his sophomore and junior year.

He had a thirty year career with the Tennessee Department of Transportation where he was employed with the surveying department before retiring on December 31, 1999.

Mr. Bush was elected in 1972 to represent the Chestnut Mound district on the, then Smith County Quarterly Court under former Smith County Judge and executive Jack C. Kittrell.

Mr. Bush had been a part time attendant at the Helms Bend Convenience Center since April 20th of 2010.

The Bush family requests memorials to either the Jordan Hackett Foundation or the Easton Goad Foundation.