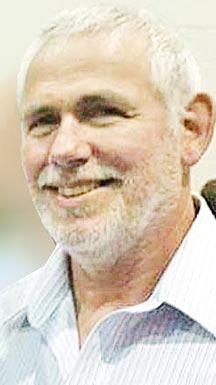 Mr. Ray was born December 28, 1953 in Carthage, TN, the son of the late Paul Maddux Ray and Mary Frances Putty. He was also preceded in death by Brother; Paul Edward Ray on November 2, 2000. He married Barbara Fitts on November 4, 2010. Tommy was a 1971 graduate of Gordonsville High School. He worked for many years at the Gordonsville Zinc Mine and later worked as a custodian and bus driver at Gordonsville High School from 2003 until his passing. Tommy was a proud supporter of Gordonsville Schools and was the past President of the GHS Band Booster Club. He attended the COGOP Family Worship Center.

Funeral services for Mr. Ray are scheduled to be conducted from the Church of God of Prophecy, Family Worship Center at 207 Lancaster Hwy on Tuesday, February 21, 2017 at 1PM with Bro. Billy Woodard delivering the eulogy and Bro. Bobby Peoples officiating. Interment will follow in the New Hope Cemetery in Alexandria, TN.

Visitation with the Ray family will be held at the Gordonsville Chapel of Bass Funeral Homes on Monday from 10AM until 8PM and at the COGOP Family Worship Center on Tuesday after 10AM until service time at 1PM.

In lieu of flowers, the Ray Family requests memorials in Mr. Tommy Ray’s memory be made to the Gordonsville High School Band Booster Club or to the National Stroke Association.