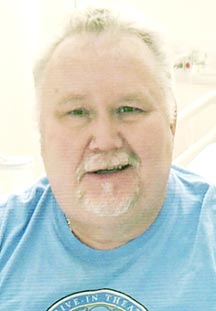 Mr. Gordon  Knight, a 42 year employee of the William L. Bonnell Co. has died from an apparent heart attack at the age of 58.

Mr. Gordon Knight was pronounced dead at 4:51 p.m. Monday afternoon February 20, 2017 after arriving at the Riverview Regional Medical Center at 4:39 with C.P.R. in progress. He had collapsed moments earlier at his Smotherman Avenue home.

Mr. Knight and his brothers were reared on the family farm in the Smith Hollow in the Difficult Community.

He was also preceded in death by a grandson Koby Alan Johnson who died as the result of a drowning in the family pool on June 3, 2006 at the age of 2.

A 1976 graduate of Smith County high School, he and his wife attended the Gordonsville Church of the Nazarene.

At the age of 16, while still in high school, Mr. Knight began employment at the Bonnell Co. and at the time of his death he was a tool and die repairmen for that company.